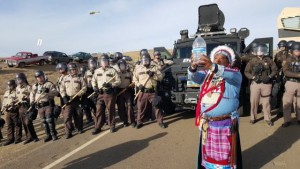 On January 25 of last year, Dakota Access released a statement regarding a permit to begin construction on a pipeline known as the Dakota Access Pipeline. The route was set to start in Northwest North Dakota and travel southeast through South Dakota and Iowa, eventually ending in Patoka, Illinois. The plan was originally to complete development of the pipeline by the end of 2016, but they faced many obstacles along the way that eventually led to their downfall.

They found resistance in a group of Native Americans called the Standing Rock Sioux tribe who learned of the plans for the pipeline in 2014. Energy Transfer Partners prepared to run the Dakota Access Pipeline straight through the Cannonball River which is a part of the indigenous tribe’s reservation. These waters are sacred, beautiful, and honored by the tribe. In response, the attorneys for Standing Rock Sioux tribe took their first legal action to halt the process, filing a complaint against the U.S. Army Corps of Engineers for granting the permits in the first place.

Shortly after the lawsuit was filed the issue became widespread across the nation, gaining social media coverage and dispute amongst many people. Activists and native groups began organizing demonstrations and protests against the DAPL (Dakota Access PipeLine). The protests were peaceful and included marches and prayer circles. As September got closer, people and volunteers were coming from all across the world to stand with Standing Rock. Policemen from eight different states came to “fight” the peaceful protestors in riot gear, equipped with more than half a dozen military armed vehicles. 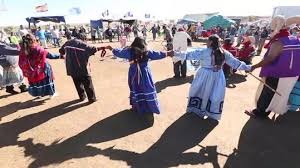 These individuals stood up for what they believed in, even if it meant putting themselves at risk. Aggressive behavior arose from the policemen, they began expelling clouds of pepper spray, releasing attack dogs, firing off rubber bullets, blasting tear gas, and setting off noise cannons. As a result, many of the people there were needlessly injured, some even hospitalized. Protestors were being arrested, having to spend their time that they could be using to find a resolution, in a 10 by 14 foot cage packed in with other protestors all with their hands bound. Later they would be put on a dark bus to Fargo, North Dakota where they were processed and put in cells for the night.

Despite the combined efforts of protesters across the United States, a federal judge denied the Standing Rock Sioux tribe’s request for a temporary injunction. But with hope still in sight, President Obama weighed in on the growing movement of protest against DAPL. He hosted more than 500 Native American leaders at the White House for the last Tribal Nations Conference held with him still in office. Here they hoped to find a solution.

Towards the end of 2016, protesting the issue was inexhaustible, officials surrounded the protesters. This resulted in 141 people arrested that day, bringing the total number of arrests to over 400. But the combined effort was well worth it because on December 4, 2016 a cry of victory rang out from the Oceti Sakowin Camp upon receiving the news that the U.S. Army Corps of Engineers denied the easement allowing the pipeline to cross the Cannonball River, bringing the work to a halt. This injunction is only temporary however, so we must do what we can to help finish this for good! Once the temporary halting is lifted, we must not forget what has happened, and remain vigilant.

We use cookies to ensure that we give you the best experience on our website. If you continue to use this site we will assume that you are happy with it.I agreeCookies Policy